To share your memory on the wall of Millie Lange, sign in using one of the following options:

Mildred (Millie) Virginia Davis Lange, wife, mother, grandmother, great-grandmother, sister, and friend to all, passed away peacefully with the support of her loving family on the morning of February 18, 2020.

Millie is the daughter of Robert Cozzens Davis and Vonnie Bertha Burnett, born in Los Angeles, California during the Great Depression. She and her older sister Vonnie Elizabeth Davis Nichols were raised in Southern California. Millie was Daddy’s girl and loved being with him. She was a cute little girl with a contagious smile and golden locks and would often get asked for her autograph as people thought she was Shirley Temple.

She attended and graduated Glendale High School, where she met her sweetheart, Emroy Frederick (Fred) Lange. The two were married shortly thereafter and later solemnized their marriage in the Mesa, Arizona Temple of the Church of Jesus Christ of Latter-Day Saints. They spent the early years of their marriage getting Fred through school at Cal State LA and BYU, starting a family, and creating and nurturing life-long friendships. Millie has lots of friends – she loves people.

Millie and Fred raised six children: three boys and three girls in La Cresenta California and later in Kaysville, Utah. Millie was much more than a mother to her own six children; she was affectionately known throughout her adult life as “Mama Millie” and possessed the capacity to love and nurture all in her forever-expanding circle. Millie made sure that everyone received special birthday meals of their choice, presents under the Christmas tree, and attention for all important occasions. She was an amazing cook, seamstress, hostess, knitter, and much more. Her dinner table, refrigerator and cookie jars were fair game for anyone who stepped foot into her home.

She took the missionaries in like they were her own, and almost every time she saw them, she would slip them $10 for a meal. Her Daddy served a mission in the Southern States and she had a tender spot in her heart for missionaries and was proud that each of her children served missions for The Church of Jesus Christ of Latter-Day Saints.

She held several church callings throughout her life and loved to serve. Millie had an innate ability to minister. In her golden years she and Fred served three LDS missions in Tarawa (Gilbert Islands), Jinan (Shandong University), China, and the Utah Valley University Institute of Religion. Upon returning from Tarawa they moved to Orem, Utah to be close to family.

Millie was preceded in death by her husband Fred, as well as two of her children, Robert Milton Lange and Bryan Davis Lange. She is survived by Debby Lange, Cathie (Randy) Jones, Jody Johnson, Melinda (Richard) King, Brent (Laura) Lange, and nearly 100 grandchildren and great-grandchildren. Millie’s family extends their sincere love and appreciation for all those who knew and loved their Mom and Grandma. We all look forward to seeing her beautiful smile again.

To send flowers to the family or plant a tree in memory of Millie Lange, please visit our Heartfelt Sympathies Store.

Receive notifications about information and event scheduling for Millie

We encourage you to share your most beloved memories of Millie here, so that the family and other loved ones can always see it. You can upload cherished photographs, or share your favorite stories, and can even comment on those shared by others.

Jim and Peggy Larsen and Maren Thorderson sent flowers to the family of Millie Lange.
Show you care by sending flowers

Our deepest condolences for the passing of your precious Millie. It was a blessing and a treat to have known her. We shall miss her, but will always cherish the wonderful memories we were able to share with her.

It wasn't hard to fall in love with Millie. She always treated us like we were family and made us feel loved. We will never forget how much fun she was. There was a nice balance in her life. She was a rascal but also possessed a tender and spiritual heart. I loved listening to her and Fred talk about their missions and the lives they influenced. I could see the Lord's hand touching the lives of others through them.

She and Fred were a great team. They were so tangible. They had to struggle through life just like the rest of us. But, they knew how to have fun, enjoy life and make others feel loved. Kim's mother had that gift. I think that is what I will miss most about Millie. Thank you for sharing her with us.

Jim and Peggy Larsen purchased flowers and planted a memorial tree for the family of Millie Lange. Send Flowers

Posted Feb 21, 2020 at 04:32pm
This obit is a beautiful tribute to a truly fantastic lady who has enriched so many lives and who leaves a legacy of love and faith for us all to emulate. I owe Millie for giving me my fantastic daughter-in-law Holly thanks to her son Rob and introducing me to my marvelous wife. We will miss her! 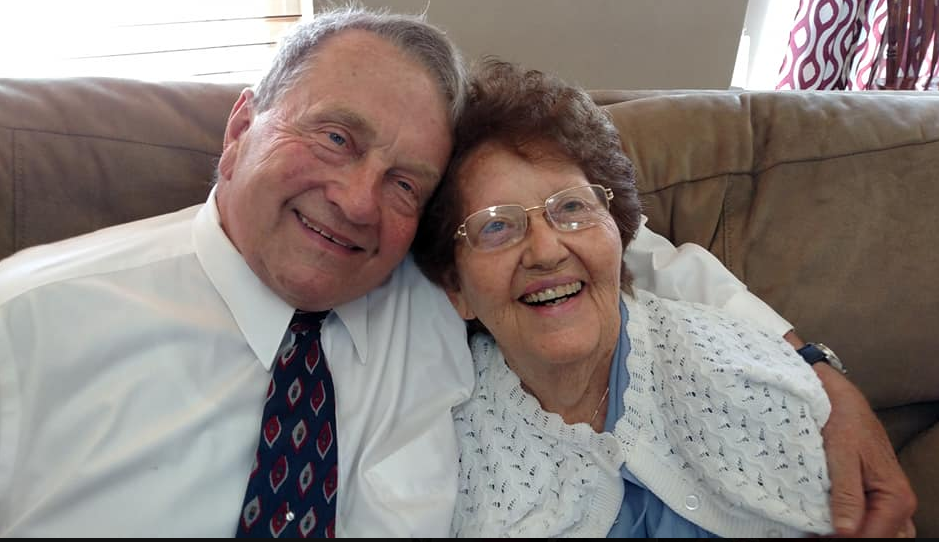 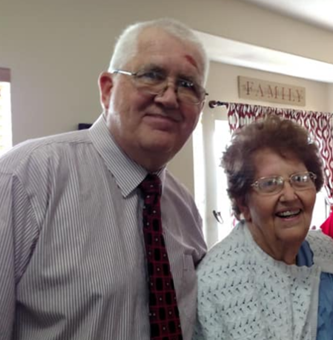 Posted Feb 21, 2020 at 12:00pm
Dear Lange Family,
I'm saddened to learn of our dear Millie's passing. I remember well when the Lange family moved from California to Kaysville - grateful they chose to settle in the Ninth Ward! Your California roots provided about as much diversity as we had in the ward! There are so many good memories of Millie, Fred and all of your family as I was growing up. All of you were a blessing to us as neighbors. How grateful I am for the love I always felt from Millie. May each of you be blessed with comfort, peace and eternal perspective at this tender time.
Love,
Douglas Richins
Comment Share
Share via:
HS

Flowers were purchased for the family of Millie Lange. Send Flowers 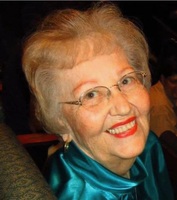 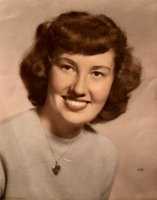 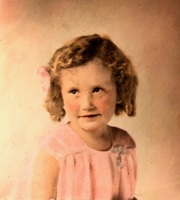 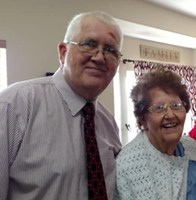