To share your memory on the wall of Loraine Oliver, sign in using one of the following options:

Print
Loraine Castagno Oliver passed away on the morning of Tuesday, July 28, 2020 due to a stroke and subsequent kidney failure. She will forever be remembered as a loyal friend, a beloved matriarch, and a self-proclaimed “she-buckaroo.”

... Read More
Loraine Castagno Oliver passed away on the morning of Tuesday, July 28, 2020 due to a stroke and subsequent kidney failure. She will forever be remembered as a loyal friend, a beloved matriarch, and a self-proclaimed “she-buckaroo.”

Loraine was born on March 17, 1933 to John Stanley Castagno and Zelma Rose Bleazard “up home” on the family farm in Erda, Utah. She remembers swimming in the pond, riding horses, milking cows, and gathering eggs. She also remembers sitting on her Grandpa Dale’s lap and looking at the comics in the newspaper, which the train conductors would toss out each day as they passed by the farm. Loraine continued the practice of newspaper reading throughout her life, and would joke with her grandkids that she read the obituaries every day just to make sure she wasn’t in there!

From the age of five onwards, Loraine lived with her family on various ranches: first near the shores of the Great Salt Lake and later in Erda. Their house on the old Castagno ranch had no electricity and no insulation, but it did have running water-- in fact, the water ran in their sink 24/7 through a pipe connecting it to a nearby spring! Life on the ranch was an adventure for Loraine, and she always had her horse “Old Sport” saddled so she could help her dad herd cows. “I could have been more help to my mother if I hadn’t been out being a tom-boy with my Dad” she recalled. They worked hard in the days of horse-drawn mowers and hay wagons, and it was while working alongside her parents that Loraine picked up her father’s endearing wit and her mother’s many sayings (“we eat what we can and can what we can’t”). Most school days, Loraine’s father would drive her the two miles to the highway to catch the bus to go to school in Grantsville, but others she would just walk.

Loraine was fortunate to know her great-grandparents, grandparents, and extended family quite well. Her vivid stories about them have brought “her people” to life for her children, grandchildren, and great-grandchildren. These stories have, in effect, connected seven generations to each other. They have also conveyed what

Loraine also valued education. She graduated from Tooele High School in 1950, then from BYU in 1955, and went on to teach kindergarten at Hawthorne Elementary in Salt Lake City. She developed lifelong friendships at BYU, and also became a lifelong Cougar fan -- holding BYU football season tickets for over 45 years.

She married her husband James “Jim” Wesley Oliver Jr. on August 8, 1956 in the Logan Temple. Jim’s teaching took them to Roosevelt, Taylorsville, and Erda, Utah. Loraine was happy that these jobs brought them close to her family: in Taylorsville they lived around the corner from Ella and Frank and in Erda she lived next door to her mom, and down the street from Donna and LeRoy, and Dale and LaRae.

In 1975 they moved to Mapleton so Jim could work at BYU. Loraine has loved this farm community and watching it grow. from four wards when she arrived to now three stakes and 27 wards. Among her many church callings, she served as the 5th Ward Relief Society President for five years and the Mapleton Stake Relief Society President for nine years. Service and love have been her motto for the community and her family.

Funeral Services will be held at 10:00 am on Saturday, August 1 in the Old White Church in Mapleton, by invitation only. Live streaming will be available on Spring Creek Utah County Mortuary’s Facebook page. Loraine will be buried in the Springville Evergreen Cemetery. There will be a viewing on Friday, July 31 from 6 to 8 pm at the Spring Creek Mortuary, 737 North Main St, Springville, Utah.

To send flowers to the family or plant a tree in memory of Loraine Oliver (Castagno), please visit our Heartfelt Sympathies Store.

Receive notifications about information and event scheduling for Loraine

We encourage you to share your most beloved memories of Loraine here, so that the family and other loved ones can always see it. You can upload cherished photographs, or share your favorite stories, and can even comment on those shared by others.

Holm Family and Glenna Oliver sent flowers to the family of Loraine Oliver (Castagno).
Show you care by sending flowers

Posted Jul 30, 2020 at 11:19pm
I loved Loraine the moment I met her. She was such a loving and compassionate spirit. My sincere condolences, Barbara Darnaby

Flowers were purchased for the family of Loraine Oliver. Send Flowers

Posted Jul 30, 2020 at 05:20pm
We will miss this "grand" lady in our everyday lives. Love, Glenna and Cassie, Tiera and Shawn, Naomi and Rex, Owen and Tawana families. 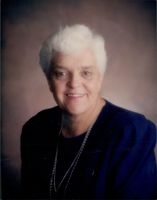