To share your memory on the wall of Sandi Howlett, sign in using one of the following options:

Print
Sandi RaNell Jones Howlett, 81, passed away after a long fight with chronic illness on the morning of June 22nd 2020 in Springville, Utah.

Sandi was born in her Aunt Ruby Hawkin’s home in Provo, Utah, on June 6th 1939 as RaNell Jones ... Read More
Sandi RaNell Jones Howlett, 81, passed away after a long fight with chronic illness on the morning of June 22nd 2020 in Springville, Utah.

Sandi was born in her Aunt Ruby Hawkin’s home in Provo, Utah, on June 6th 1939 as RaNell Jones to Nellie West and Paul M. Jones. Raised by her stepfather, she became RaNell Sanders. Sandi spent time all over the west before settling with her family in Utah. She married Bryce Lynn Howlett on August 18, 1960, and in 1965, they moved their young family to Anchorage, Alaska where they lived for 49 years in the 49th state. In 2014, Sandi and Bryce returned to Springville, Utah. Sandi is remembered by her husband, Bryce; their four children, Bryce Lynn Jr.(Kathleen), Garth Kenyon (Jeana), Kimberly, (Alex deLeon), and Corey West (Melissa); their twenty-two grandchildren; and their seven great-grandchildren.

Sandi loved to tell stories and had many stories to tell about her own life. She was raised to the standards of the Church of Jesus Christ of Latter-Day Saints and devoted her life to doing what she could for others. Though she struggled with computers (and technology in general), she served as the Russian Jack Ward program coordinator for many years. When the Anchorage Alaska Temple was rededicated in 2004, she tirelessly stitched and embroidered tissue box covers to donate to the temple. Many of her grandchildren remember visiting her with white trimmings, fabric, or beads in hand as she created the beautiful covers. Sandi’s devotion to her family was just as evident to the devotion of her faith. She travelled to almost every grandchild and great grandchild’s baptism – not even letting her health keep her away from celebrating her posterity. She made a point to attend weddings and graduations as often as her health allowed. Few things brought her as much joy as her children.

Besides spending time with her family and serving in her community, Sandi was immensely creative. She enjoyed writing, painting, and arranging flowers – to name some of the many talents she honed during her life and many of her children and grandchildren demonstrate an aptitude for her talents. Sandi loved hearing about her posterity’s interests and to share her knowledge of the subject.

Sandi loved to learn and spent her time in the pursuit of knowledge and encouraged her family to do the same. When her children were grown and gone, she returned to BYU to complete her degree in communications and graduated in 1993. Many of her children and grandchildren graduated from her alma mater. Sandi firmly believed that the Lord had a work for her on the other side. She often said she believed that when she passed through the veil that she would strap on a backpack and go back to school because she had a work to do.

Sandi loved flowers and asked that those attending her funeral bring a flower to give to those who served her during her time at the care center. Due to COVID-19, restrictions not everyone will be able to bring a flower to the Chapel. Instead, please give a flower to a loved one or someone who has served you. The funeral will be held at the Spring Creek 17th Ward LDS Chapel located at 760 N 400 E, Springville, UT and will be live stream broadcast by the mortuary on our Spring Creek Utah County Mortuary Facebook page on Tuesday, June 30, 2020 at 10:00 am.

For service details, or to share memories, photos, and condolences visit SpringCreekMortuary.com

To send flowers to the family or plant a tree in memory of Sandi RaNell Howlett (Jones), please visit our Heartfelt Sympathies Store.

Receive notifications about information and event scheduling for Sandi

We encourage you to share your most beloved memories of Sandi here, so that the family and other loved ones can always see it. You can upload cherished photographs, or share your favorite stories, and can even comment on those shared by others.

Posted Jul 16, 2020 at 10:54am
To the family, my sincere condolences for your loss. Please find comfort in the knowledge that God promises to end all suffering. Before long, God will wipe out every tear from our eyes, and “death will be no more, neither will mourning nor outcry nor pain be anymore. The former things (will) have passed away.”(Rev. 21:3,4). May this promise from God give you comfort now and a real hope for the future. My deepest sympathy.

Posted Jun 30, 2020 at 03:29pm
I met Sandi at Jeana and Garths wedding. She was so kind and nice. I knew that my very best friend ( Jeana ) was going to be blessed with a wonderful Mother- in -Law. My sincerest condolences to all the family. Thinking of you all and may Heavenly Father bring you peace. Love you. 💕
Comment Share
Share via:
MF

Posted Jun 30, 2020 at 12:08pm
I first met Sandi when She and Bryce showed up with a moving van to move into their home. We hit it off right away and have spent many hours together. Sandi was an amazing storyteller. She was vivacious and so funny! A real extrovert. She often spoke with pride of her children, grandchildren and great-grandchildren. I loved listening to her stories growing up. She overcame a lot! You will be missed Sandi. Thanks for sharing your friendship and love with me and my family.
Comment Share
Share via:
GS

Posted Jun 29, 2020 at 07:10pm
I have fond memories of Sister Howlett from when I was a 14-15 year old Mia Maid and new convert to the church. One memory that may surprise some of her family and friends is from a YM & YW's activity night when Sandi was the YW's president. The youth gathered in her basement to watch the 1968 version of Romeo and Juliet. This was in the early 70s, when watching a full length movie in your home involved borrowing the film from the library (big 16mm reels), obtaining a huge reel-to-reel projector, and a screen. Most movies came on 2 reels, so you had intermission. During the intermission of Romeo and Juliet, Sister Howlett told us that the second half of the film included a nude scene and that she and the YM's president had discussed a great length whether or not to show that part. They had decided that since Romeo and Juliet had been married by the priest at this point in the movie, it would be okay to show it. When watching, we were admonished to remember that they were a married couple. I am pretty sure none of us fell asleep after that intermission speech. :-) Godspeed, Sister Howlett, and love to all your family.
Comment Share
Share via:
LH

Posted Jun 29, 2020 at 04:47pm
We appreciate the Howlett Family making it possible for us to attend Sandi's funeral, as we would be unable to attend the funeral or the luncheon in her honor in person. It was my privilege to be assigned (along with brother Mark Sullivan) as a Home Minister to the Howlett family. When Mark passed away, sister Hinckley would often accompany me as we continued our visits with Bryce and Sandi. As the months passed, we came to know and love Sandi as a dear and close friend. We will miss her very much
Comment Share
Share via: 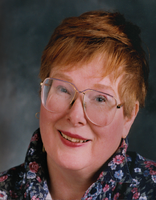 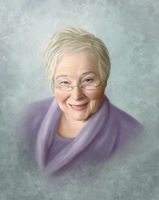