To share your memory on the wall of Robert \"Brent\" Bullough, sign in using one of the following options:

Robert Brent Bullough, a kind, spiritual, gentle family man, friend, neighbor, and mentor to those who loved him dearly, passed away from complications of diabetes and dementia on August 26, 2020 at th... Read More
Obituary for Robert Brent Bullough:

Robert Brent Bullough, a kind, spiritual, gentle family man, friend, neighbor, and mentor to those who loved him dearly, passed away from complications of diabetes and dementia on August 26, 2020 at the Legacy House in Spanish Fork, Utah. He was born on August 18, 1939 to Benjamin Murphy and Flora Anna Wise as the youngest in the family. He had two older sisters, Miriam and Bonita. Brent graduated from East High School in 1958 and attended the University of Utah for one year in 1959. He set aside school to serve a three-year Spanish speaking mission to Uruguay and Paraguay for the Church of Jesus Christ of Latter-day Saints. After his mission, he attended Brigham Young University where he met his sweetheart Linda Beck who he would refer to as “the woman of his dreams”. They were sealed for time and all eternity on September 13, 1962 in the Manti Utah Temple. During his four college years, he and Linda had four children. Juggling school, family and work he, with Linda’s assistance, earned a bachelor’s degree in Business and a minor in Spanish.

After graduation, he felt impressed to go into the Church Educational System and became a seminary teacher for the Church of Jesus Christ of Latter-day Saints. His first area of service was in Fort Yates, North Dakota on the Standing Rock Native American reservation, where he served as a seminary teacher and area coordinator for North and South Dakota. Through miraculous circumstances, they adopted their daughter, Christina. A year later, he transferred to serve as a seminary coordinator and teacher in Tuba City, Arizona. Several years later, Brent transferred to Beaver, Utah, where he served as a principal of the seminary program at Beaver High School. While in Beaver, their sixth child was born. In 1973, the family moved to Pleasant Grove, Utah where he began to work in sales at his father’s company, Bullough Insulation Company. This started his career that he would continue until retirement.

After retirement, he served a mission with his wife from 2007 to 2008 in the Argentina Buenos Aires North Mission. Brent’s ability to speak Spanish from his first mission never left him and he was able to speak Spanish fluently throughout his life.

Brent was grateful for the gospel of Jesus Christ and His atonement. He remained a faithful member of The Church of Jesus Christ of Latter-day Saints his entire life. He served valiantly in many callings including as assistant to two Mission Presidents, Branch President, a Counselor in several Bishoprics, Gospel Doctrine teacher, Home Teacher, Stake Missionary, and several young men callings.

Brent lived a life dedicated to his wife and family. His greatest legacy was his family. He loved being with them. He is survived by his wife, Linda Beck Bullough, his stepdaughter, Michelle “Shelley” (Marc) Bennett, his children, Bradford (Heather) Bullough, Sheryl (Jeff) Hoyt, Craig (Heather) Bullough Sherman Bullough, Christina Bullough, Rebecca (Robert) Schmidt, 20 grandchildren and 14 great grandchildren and 4 due soon. He is preceded in death by his parents, Benjamin and Flora Bullough, his sisters, Miriam and Bonita Bullough and one grandson, Brennon Robert Day.

He left his family an incredible testimony of great faith. His kind and gentle nature had a profound impact on his children and grandchildren. Words cannot fully express our feelings at this time of parting. Our hearts are broken, but we know, by the grace of Jesus Christ, we will be together again and look forward to that joyous reunion. Brent, we love you!

In lieu of flowers, please send equivalent donations to Mountainland.org/contribute to support the Utah Meals on Wheels nutrition program.

Brent Bullough's funeral will be held at 11am on Thursday September 3rd , 2020 at the Spring Creek South Stake Center (350 N 400 E) Springville. (UT). Note: Because of Covid restrictions, the funeral will be broadcast as a Facebook Live-stream event from Spring creek Mortuary's Facebook page:(https://www.facebook.com/springcreekmortuary/)

If you go to their Facebook page about 15 minutes before 11am, you can see an option to watch this event. For those who want to watch it later, a link to a recording of the funeral will be posted a day or two later.

His obituary can be viewed at Springcreek Mortuary beginning August 30th. There is a place to post memories of Brent on this page: (https:/www.springcreekmortuary.com).
Read Less

To send flowers to the family or plant a tree in memory of Robert "Brent" Bullough, please visit our Heartfelt Sympathies Store.

Receive notifications about information and event scheduling for Robert "Brent"

We encourage you to share your most beloved memories of Robert "Brent" here, so that the family and other loved ones can always see it. You can upload cherished photographs, or share your favorite stories, and can even comment on those shared by others.

Philip and Jaynee Long sent flowers to the family of Robert "Brent" Bullough.
Show you care by sending flowers

Posted Sep 03, 2020 at 12:15am
Aunt Linda and Family - I was very sorry to hear about Uncle Brent. He was such a good guy, and always so much fun around the holidays and family parties. All my childhood memories are with you all and Uncle Brent. He made sure all the kids were included and put so much effort to keep the family seeing each other yearly. Although we do not see each other as much at these stages of life, your family is very dear to me, and we love you all very much. Thinking of you during this difficult time. - Alex Beck Family.
Comment Share
Share via:
MS

Posted Aug 29, 2020 at 10:39am
We're so sorry to hear about Brent. The last time I saw Brent was at the gym in American Fork, it must be 9 or 10 years ago by now. He would always come up to me where ever he saw me to visit and ask how we were doing. What a great, kind, and caring guy. Brent and Linda were always two of our favorite cousins, and a great indicator of how nice of a couple they are is shown by what wonderful children they raised. We hope all his family feel comforted by how highly everyone thought of Brent.
Philip and Jaynee Long
Comment Share
Share via:
PL

Posted Aug 29, 2020 at 09:45am
Wishing you peace to bring comfort, courage to face the days ahead and loving memories to forever hold in your hearts. 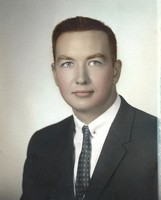 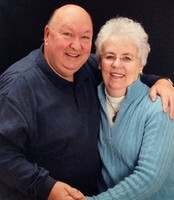