To share your memory on the wall of Rand Oertle, sign in using one of the following options:

The gesture that can change the world

The gesture that can change the world

Rand returned to his home in Los Angeles, went to Rick's College in Rexburg, Idaho, for a semester, and after one year of courting, he married Carol in the Los Angeles Temple of the Church of Jesus Christ of Latter-day Saints on June 24, 1965. Rand's career objective was to work as a television anchorman. He studied at East Los Angeles College and then chose Journalism to major in at Cal State Los Angeles, (graduating with 3 daughters in 1971- Kristen Ann Oertle, Carol Noelle Oertle, and Tiffany Suzanne Oertle). During his college years, he made a list of experiences he felt he would need to accomplish his television goal. He gained this experience working as the advertising manager for Riverside Raceway, writing for the Copley Newspaper chain in Los Angeles county, and finally, doing sales, representing Columbia Records Special Products division. Within a year of graduation, he was hired at KHJ, Channel 9, a small channel in Los Angeles. In his free time, he began carving decorative wooden wall plaques for himself and family members. His fourth child Rand Gordon Oertle was born at this time.

Shortly thereafter he was hired by KID, channel 3 in Idaho Falls, ID, as the co-anchorman. He worked on their radio station and read the news on their television station, sometimes presented the weather, and reported on a variety of local issues, covering the 1976 collapse of the Teton Dam. While in Idaho, Rand began to carve free standing figures of eagles, bears, and eventually a cigar-store Indian, borrowing his father's chain saw to speed up the wood removal before he went to work with chisels. He sold his Indian for $400 and traded his lodge-pole-pine eagles for the work of other local artists. Carol presented the family with their Idaho spud - Virgil Tyler Oertle in 1974.

In the summer of 1976, Rand took a new co-anchor position with KRCR Channel 7 in Redding, California. A year after arriving in Redding, Rand and Carol found their 6 acre, "dream property" and Rand began building their house with his own labor, digging footings by hand, setting concrete forms, hanging sheet rock, and decorating the front of his home with blue rocks from the two creeks that bordered his property, etc., He hired framing to be done. He did his work on the home whenever he could spare an hour until his new family home was complete.Carol and Rand presented their sixth child, Joshua Gage Oertle in 1978. Rand worked at KRCR for about 4 years, gaining a reputation in the community of fair reporting and involvement in local issues. He covered many events of local interest, and won prizes which made his station more successful. He also continued to carve, selling his goods at county fairs, logging, and farm shows, and captivating audiences as he became more and more skilled with the chainsaw.

Eventually, he came to a crossroads with the TV station and his carving career. To advance as as anchorman required him to move from market to larger market, which would mean leaving his beautiful hillside home, and uprooting his three daughters and three sons. He chose to leave his prestige behind and carve full time, approximately 1980. Carol and Rand decide that one more child would make their family complete and they had Cassity Michelle Oertle in 1981. For the next several years, he grew in skill with the chain saw, representing Stihl chainsaws as their exhibition carver across the country, spending summers doing custom carvings in the lovely Lake Tahoe region, completing large projects for Squaw Creek Resort, the Reno Hilton, and did a monument tree for Tahoe City, all accompanied by his three sons (who learned to work by his side).

By 1992, Rand and Carol began to feel the call to take care of their parents and be closer to family in Utah. Moving to Springville, Rand struggled to find a location to use his chain saw for hours at a time, finally buying a small garage on a 2 acre parcel in Springville along I-15. He carved there for a few years, but his failing strength and bouts of vertigo and anxiety, followed by a diagnosis of Inclusion Body Myositis, began to restrict his carving. As he learned to adjust to these new restrictions, he began to consider building a commercial building on his carving property. This project and the ensuing years of managing the property filled the later years of Rand's career. He overcame many difficulties, juggling accounts, changing mortgages, and negotiating fiercely through recessions. Also, his penchant for journalism resurfaced as he wrote numerous letters to editors, Springville City officials and participated in multiple discussions online regarding political and local issues.

His final years were an amalgamation of physical loss and creative, mental explosion. As his body deteriorated, his creativity soared. He wrote 4 books: a children's book; a book chronicling his carving career, another gathering his years of poetry and short stories, and the final one, his first work of fiction in a would-be trilogy, revolving around his lost grandson, Nathan. He also refined his Spirit, developing an impressive degree of patience, without complaining or bitterness over his condition, within his failing body. Visitors could come talk to him cheerily for hours, forgetting as they left that he never left his bed or couldn't roll over without help.

Rand was a loving father, grandfather, and great grandfather to his 7 children and their mates, 27 grandchildren and 2 great-grandchildren plus 2 honorary, adopted children. He became a great listener and loved to encourage his family members and friends. He served in the church as a Gospel Doctrine teacher, an Explorer Scout leader, Sunday School teacher for the teenagers and even worked in the nursery for a year. He left a lasting impression on the bishopric when they opened the nursery door one Sunday and found that the Super Bowl was being played on the television in the nursery. He will be missed.

BECAUSE OF THE CORONA VIRUS THREAT - HIS MEMORIAL SERVICE WILL NOT BE HELD. His family will have a reunion when weather is better and arrangements can be made. We send our love to all who have visited and talked to Rand on the phone and we thank our hospice care givers who not only did their jobs, but have become dear and beloved friends.
Read Less

Receive notifications about information and event scheduling for Rand

There are no events scheduled. You can still show your support by sending flowers directly to the family, or planting a memorial tree in memory of Rand E. Oertle.
Plant a Tree

We encourage you to share your most beloved memories of Rand here, so that the family and other loved ones can always see it. You can upload cherished photographs, or share your favorite stories, and can even comment on those shared by others.

Plant a Tree in Memory of Rand
Plant a tree
1 tree has been planted in memory of Rand E. Oertle
JT

Posted Feb 25, 2020 at 01:24am
Rand was my Priests' Quorum advisor and Explorer Leader back in the mid 60's. He was the greatest and I appreciated all that he did for me and my adolescent friends in South San Gabriel Ward. Under his leadership and that of Don Moberly we won two stake basketball championships and sang "Where have all the flowers gone" in the East Los Angeles Stake Quartet festival. That was a fete in and of itself. Rand spoke at my missionary farewell. I felt that he trusted me when I probably didn't deserve that trust as a young teenager. I greatly appreciated his friendship and leadership. See you on the "other side", Rand. I'd like to express my condolences and respect to the Oertle family at this time of sadness and temporary separation from a great man and Patriarch. With love, Jerry Thompson
Comment Share
Share via:
DM

Rand was also my Priest advisor and explore leader. He was a strong positive influence in our lives when we most needed it. He was a great friend all my life and and source of information on many matters. I respected him greatly, he set a strong example to follow and always made you feel important even though I was not. He wrote me a couple of letters on my mission which gave me inspiration when I sorely needed it. I loved Rand and like forward to seeing his smile again on day. He always had a smile and positive out look. He will be missed here but he is needed there where he is now. Till then my friend Elder David S. Mendoza (aka puppet)
HS

Posted Feb 25, 2020 at 12:38am
We are thinking of you during this difficult time. God bless you and yours. We remember the good times. Jerry and Jennifer Thompson

Flowers were purchased and a memorial tree planted for the family of Rand Oertle. 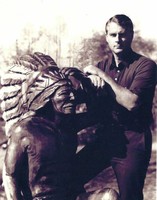