To share your memory on the wall of Nicholas Christensen, sign in using one of the following options:

Nicholas Cordell Christensen, age 73, died on Tuesday, September 29, 2020 in Utah Valley Hospital in Provo, Utah. Nicholas Christensen was born in Duchesne County on December 25, 1947 to Marion and Violet Christensen. He was born into a large family of twelve kids. Nick enjoyed the company of his brothers and sisters a great deal. He was also very close to his Grandma Gaga who he met at ten years old. “Gaga” is Ute for “grandmother.”

Affectionately known to his family as Dad and Uncle Nick, Nick was always known to share a good story about his travel experiences through Europe and Southeast Asia. Nick grew up in the Salt Lake City area of Utah, and he turned 18 during the mid-60s. He served in the air force in Vietnam. Upon his return home, he married his first wife, Linda Hopkins, and together they had Nick’s first son and daughter, Wyatt and Gina. Their marriage was short-lived, but they continued to parent their kids together even after Nick met and married the love of his life, Margaret Kate Hulce. Maggie had a son, Adam, from a previous marriage who Nick grew to love as his own. And together they had their first son, Garrett. For Nick and Maggie, family time with their four kids were some of Nick’s fondest memories. They would often take the kids fishing, hunting, and enjoying the outdoors.

Nick is preceded in death by his son, Adam, and he is survived by his wife, Maggie, his children, Wyatt, Gina, and Garrett, as well as his grandchildren, Conner & Breanna, Colby & Courtney, and Gunnar. Nick will always be remembered fondly and with great affection. : UPDATE: His graveside service is at Springville Historic Cemetery in Springville, Utah (200 W 400 S) on October 7, 2020 at 2:00 p.m.

Condolences can be offered at springcreekmortuary.com.
Read Less

To send flowers to the family or plant a tree in memory of Nicholas Cordell Christensen, please visit our Heartfelt Sympathies Store.

Receive notifications about information and event scheduling for Nicholas

We encourage you to share your most beloved memories of Nicholas here, so that the family and other loved ones can always see it. You can upload cherished photographs, or share your favorite stories, and can even comment on those shared by others. 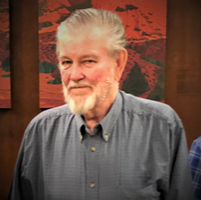