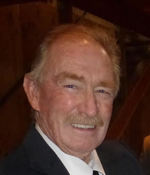 David R. Henrie, our loving father, grandfather, brother and friend made a stunning exit doing
what he loved most, snowmobiling on the mountain with his best friend on Saturday, January
25, 2020. He was born to Wallace “Dick” and Betty Jo Memory Henrie of Spanish Fork, Utah on
Christmas Eve of 1943. At a young age, Dad learned the value of hard work. While working
alongside his father he began mastering the trade of heavy equipment mechanics. This skill
would later provide years of employment that afforded his family a beautiful, comfortable life.
While working for Norton trucking, Valley Asphalt, Granite Construction, and M & R equipment
he gained respect from both his skill and his work ethic on the job. While maintaining a full time
job, he also served our country faithfully in the Army as a Chief Warrant Officer 2.

Dad has been on the go and has never stopped moving. He loved playing high school
basketball, baseball, and held many school track and field records for many years. He
graduated from Spanish Fork High School in 1962. He later married Bonnie Ferris and they
were blessed with a son. They later divorced and he found the love of his life, Linda Jean
Erickson. She brought three daughters into the marriage that he raised as his own and adored.
They were later blessed with one son together completing their family.

Dad had a passion for life and lived every day to the fullest. Never letting his age hinder his
many passions. He loved gliding over the snow on his sled at top speed, fishing at Strawberry,
razor rides with the crew, and many hours of service given with the Rotary Club of Springville.
But, dad’s biggest passion was his family. After we lost our mother, dad made sure to carry on
all of the family traditions. Never missing a birthday or family gathering.

Dad lived a big life and lead with integrity and love. We will miss him dearly, but knowing he is
having a sweet reunion with the love of his life makes his passing more endurable.