To share your memory on the wall of Charles Thorn, sign in using one of the following options:

Charles quickly developed a love for the outdoors. He was always outside spending time with his good friends, Ray, Eric, and David. He more often than not would be found at Venice Beach surfing the waves. When he wasn’t surfing, he was spending time at the Marina Del Rey skatepark with some of the local skateboarding figures, some of which came to be the pioneers of modern skateboarding.

After graduating from Venice High School in 1980, he quickly moved into a line of work at the Santa Monica Airport. There he found a love for aviation and began to learn to fly, after spending time with his father cruising over the Los Angeles valley. He loved aircrafts and was eager to learn everything there was to know about them. His favorite plane of all time was the P-52 Mustang.

After his time spent flying and working a variety of jobs, he finally settled as a local Pickup and Delivery driver. He would deliver quite frequently to the movie production warehouses, and would also drive and deliver on the sunset strip. After driving for local freight companies, his love for driving grew exponentially. He would often take many friends and family members on cross country trips, or just long drives getting what he famously called his “steering wheel therapy.” He grew quite fond of the freight industry, ultimately starting his 35-year career in the industry. He was a founding member, along with his business partner/best friend Eric Morales, and essential in the growth and development of Celestial Freight Solutions as a whole. His last few years, he was in charge of running and developing the Utah branch of Celestial Freight Solutions with his passion for freight expanding beyond what you could imagine. The many friendships and partnerships he developed in the industry would ultimately last him a lifetime. Because of this passion for freight, he became a mentor to many.

Charles was a family man and loved getting them all together for any occasion, especially holidays. He was always gathering the family together to go camping, go on weekend trips, ride the 4-wheelers, dirt bikes, and side-by-sides to the most beautiful of locations. Anything that he could ride or drive, he would. He loved motorcycles and especially enjoyed riding with his older brother, Curt. Charlie also brought as many people into his family as possible. Many children and adults, who were not blood related, lovingly called him "Uncle Charlie". At the risk of his own life, he extended a helping hand to anyone and everyone that needed it. His love and support were unconditional and infinite. He always wanted to help anyone he could in any way that he could, and his generosity will not be forgotten by those who got to experience it. He will be loved and missed by too many to count.

Charles is survived by his wife Sheri Thorn; his father Chuck Thorn; his children Drake Thorn, Trina Thorn, and Jeremy Thorn; his sister Linda Zeider (Bill); his brothers Craig Thorn and Robb Thorn (Valerie); his beloved K9 companions Toby and Raven; as well as many aunts, uncles nieces, nephews, cousins, and dear friends that loved and adored him. He is preceded in death by his mother Gloria Thorn, his brother Curt Thorn, and his daughter Erika Thorn.

Services are scheduled for his birthday, Friday, June 26th 2020 at 11:00 am, being held at the Spring Creek Utah County Mortuary. Address is 737 North Main. Springville, UT 84663. Interment will follow the service at the Provo City Cemetery.

Aloha oe… until we meet again.

Condolences can be offered at www.springcreekmortuary.com
Read Less

To send flowers to the family or plant a tree in memory of Charles Daniel Thorn, please visit our Heartfelt Sympathies Store.

Receive notifications about information and event scheduling for Charles

We encourage you to share your most beloved memories of Charles here, so that the family and other loved ones can always see it. You can upload cherished photographs, or share your favorite stories, and can even comment on those shared by others.

Posted Apr 09, 2020 at 06:32pm
I am sad I didn’t get to spend more time with this amazing man. Welcomed my husband and I in like family. ( his brother Curt being my brother in law. Best big brother ever) Charlie invited us into his fold. Loved us as family. He will always be another big brother to me. The man was beyond giving. He was an angel too many. He gave of himself so much and often. He tried to give a hand up. I will miss him greatly and know my nieces and nephews are too! Tell we meet again! Please watch over us all.
Comment Share
Share via: 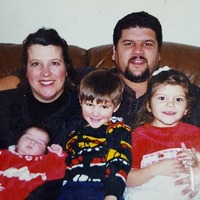 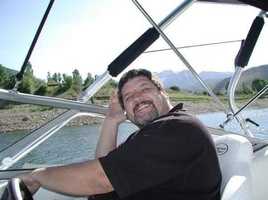 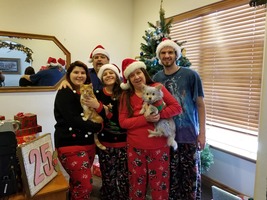