To share your memory on the wall of Bryson McQuivey, sign in using one of the following options:

Our beloved son, brother, grandson, cousin, and friend to so many, passed peacefully at his home on November 24, 2020 surrounded by loved ones. Bryson fought cancer valiantly for 10 months and is a hero to us all.
BRYSON ROSS McQUIVEY

Our beloved son, brother, grandson, cousin, and friend to so many, passed peacefully at his home on November 24, 2020 surrounded by loved ones. Bryson fought cancer valiantly for 10 months and is a hero to us all.

Bryson was born on December 18, 2002 in Provo, Utah to Chris McQuivey and Marci Orchard. He moved with his family to Spanish Fork when he was 6 months old, where he would live out his life. The friends he would make in his beloved hometown were priceless and eternal.

From the moment he was born, Bryson was a happy child. His smile and laugh were contagious, and you couldn’t help but want to be around him. At an early age, he enjoyed any type of sport. Like most kids, he was attracted to anything that bounced, rolled, could be kicked or thrown. And as much as his parents wanted him to do it all, the ball he loved most was the one that spiraled. This is where his heart was.

Growing up, his cousins were some of his best friends, and still are. As he progressed through school, he was blessed to always have a friend by his side, and usually many. His friends brought him so much joy.

Bryson had a few great loves. One was the outdoors. He loved hunting with his dad, brothers and family. And hiking for treasures with his mom, cousins, aunts and uncles. But it didn’t matter who he was with, he just wanted to be outside.

He had a special place in his heart for each of his brothers and sisters and the reunion in heaven between them will be joyous.

Another great love was music. Bryson loved to sing at the top of his lungs and didn’t care who was watching. Whether it was the radio or one of his playlists, it was a gift to hear him sing and dance, primarily in the car. It was an outward display of the joy that he continually had inside his soul. Music was his favorite way to express his feelings.

Bryson’s last year of life was incredible in many ways. When he learned of his cancer, we all mourned together momentarily, and before any of the rest of us were ready, he wanted to know the plan. He wanted to get to work.

Bryson encountered many challenges, many disappointments, but also many miracles. Mourning first, his ability to play football. He cried, he grieved, and then he got up with faith and hope and continued the fight.

His ability to endure was inspiring to each of us. He courageously led the way. Win or lose, each battle he faced made him stronger. Maybe not physically, but in spirit. And his relationship with his Creator and Savior was reinforced. He began to realize it wasn’t his parents or the doctors that were going to save him, but the Savior Jesus Christ. He also began to learn that this is where true peace would come from. No words from his family would suffice.

Those of us left behind are mourning his smiles, his hugs, his humor, his laugh, and his ability to make people feel loved. His forgiving heart, his compassion, his music, his late-night talks. Holding his hand, his wrestles, his big blue eyes, and the occasional impatience with his siblings. His shoes, his hats, the way he could throw a football on a dime. His quiet strength, his positive outlook, his deer spotting, and precious “triangle” stone finding abilities. His companionship and unconditional love. And most of all, his willingness to submit to the Lord’s plan, which we will continually be trying to emulate.

Preceded in death, embraced and welcomed home by his Grandparents Ken and Kathy Stilson.

Masks and social distancing are required.

You may also view the funeral services live at:
https://www.youtube.com/kevinallgaier

The funeral procession will follow services on the planned route outlined on the map, which has been added to the photos/video section of this obituary.

FAMILY FUNERAL SERVICES will be held, because of Covid Restrictions, by invitation only on Saturday, December 5th, 2020 at 11:00 a.m. Viewing for those attending the in-person funeral Saturday from 9-10:30.

Interment will be in the Mapleton Cemetery. 620 West Maple Street, directly after the funeral. The map below shows the route of the funeral procession.

A memorial fund has been established at America First Credit Union in the name of Bryson McQuivey for those who feel so inclined to donate. Donations would be accepted at any branch.
Read Less

To send flowers to the family or plant a tree in memory of Bryson Ross McQuivey, please visit our Heartfelt Sympathies Store.

Receive notifications about information and event scheduling for Bryson

We encourage you to share your most beloved memories of Bryson here, so that the family and other loved ones can always see it. You can upload cherished photographs, or share your favorite stories, and can even comment on those shared by others.

Derek & April Stilson, Kelli Anderson, and other have sent flowers to the family of Bryson Ross McQuivey.
Show you care by sending flowers

Posted Dec 05, 2020 at 12:25pm
Hey Chris - I'm so sorry to hear about this. I truly can't imagine. I hope you and your family are doing well otherwise.
I miss working with you!
-Karl Huddleston
Comment Share
Share via:
KH

Posted Dec 04, 2020 at 07:34pm
Bryson was inspiring to everyone constantly. His laugh was contagious and the spirit that he had made you feel unstoppable. We love him ! -Brynn belka 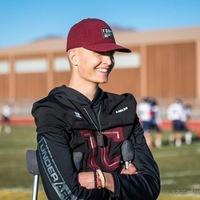 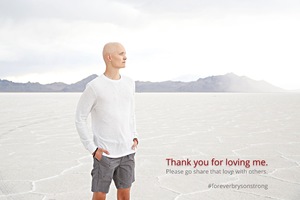 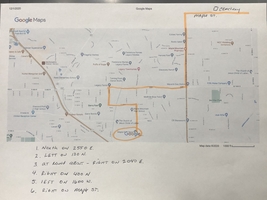 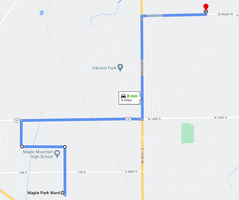 McQuivey processional route map
4
4
Add Photos
Upload up to 10 images at a time, max 8MB each